← back to
Biophilia Records

Alive in the Wilderness 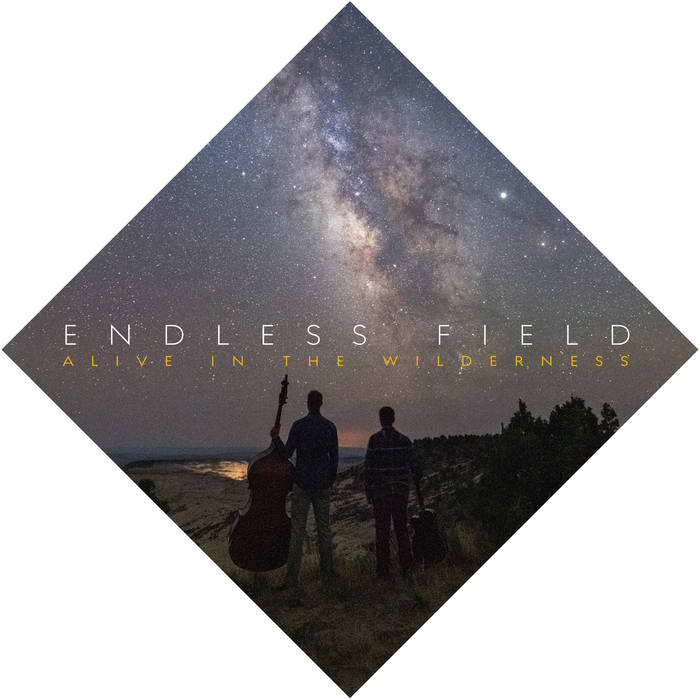 Betsy Braverman I'm a HUGE fan of Endless Field and am in awe of the beautiful sounds from the natural setting of these recordings. I thought the first album was great but the second album is awesome! Favorite track: Zim.

chillyz To be honest I love this music style. It's just great music.
Thx

All album proceeds to benefit the Natural Resources Defense Council

When Endless Field, the “ambient Americana” (NPR) acoustic duo of guitarist Jesse Lewis and bassist Ike Sturm, released its eponymous debut on Biophilia in 2017, the album was hailed by Downbeat for its “awe-inspired tranquility,” evoking “distant horizons and airy, windswept melodies.” Endless Field received a four-star review and was included among Downbeat’s Best of 2017.

“Distant horizons” indeed: when Lewis and Sturm contemplated their follow-up effort, they hatched plans for an album recorded wholly outdoors, in remote locations of rare and stunning beauty. After arduous logistical planning, they ventured into the sweeping, endangered wilderness of Southern Utah to record Alive in the Wilderness, their second Biophilia release.

With a solar-powered recording rig, an engineer deeply committed to the project (Dana Nielsen), and National Geographic photographers and videographers to document every performance (each track has an accompanying video), Lewis and Sturm pushed themselves to the physical limit, yet arrived at moments of pure inspiration, elevated calm and clarity of musical intent. Lewis plays intricate finger-style lines, fleet improvisations and ambient textures on steel-string acoustic guitar, while Sturm’s warm, capacious upright bass tone (you can practically hear the desert air filling up his instrument) gives even the most ethereal music a strong backbone. In addition, both Lewis and Sturm play homemade foot percussion rigs (heard clearly on such pieces as “Zim,” “Heart” and “Dance of the Bee”), with added sonic color and momentum from Lewis’ bells and cymbals.

To underscore their commitment to environmental activism and the preservation of these treasured American landscapes, Lewis and Sturm are donating all proceeds from Alive in the Wilderness to the Natural Resources Defense Council. “We want to help support their work combating climate change and protecting the very wilderness areas where we recorded,” Lewis remarks. “We want this album to create awareness and inspire action.”

“Once a dream emerged around a live outdoor recording,” Sturm says, “we knew it needed to happen.” But the hurdles were many, as Lewis notes, explaining why the Northeast was quickly ruled out: “Even the slightest rain could destroy thousands of dollars’ worth of instruments and recording gear.” Utah was chosen not just for its beauty but its punishingly dry climate, which had its drawbacks as well: a seam on Sturm’s bass came unglued, and Lewis’ guitar strings would go dead “after about 20 minutes.” Sometimes reaching a location required an all-day hike with many pounds of gear, and all the resulting aches, dehydration and fatigue.

But tough conditions put Lewis and Sturm in a frame of mind of letting go and embracing the moment. “We sometimes pull toward perfectionist tendencies in the studio,” Sturm says, “but our ventures outside blew this roadblock away as we felt ourselves more fully aware in these spaces and in our own bodies. So many stimuli keep you present whether you like it or not: insects landing on your arms and face, wind or dirt against your instrument and your own relative insignificance in the grand scheme of things.”

“There was a certain ‘weight’ I felt sometimes,” says Lewis, “the realization that we brought an entire crew out to the desert, spent all day scouting a location, then hiking the gear in and setting up, and then we’d be told that the light was just right and, ‘Ok, it’s go time.’ There was a certain pressure there, where suddenly it’s all up to us, just Ike and me. It was intense, but the intense moments and the calm moments all became part of the process and gave it depth.”

Eight of the pieces on Alive in the Wilderness are co-composed by Lewis and Sturm, while nine tracks are free improvisations. On “Heart” and “Dust,” Sturm switches out the upright bass for acoustic bass guitar. Along with the expansive harmonies and buoyant lyricism of songs like “Life on Earth,” “White Pond Sun” and “Zim” (the last an homage from Lewis to his Zimbabwean inspirations Oliver Mtukudzi and Chiwoniso Maraire), we also hear sounds of nature throughout the recording, most particularly water. “We recorded by a waterfall, right next to a babbling brook, near streams and rivers,” the guitarist recalls. “We chose the locations near water for the more relaxed and flowing songs, and the edgier songs tended to be dry and high altitude [for example, “Heart”]. That’s what the project is all about, those moments when nature becomes a part the music.”

On “Dance of the Bee,” recorded in a field of sunflowers, there are bees very present in the audio but also visible on the accompanying video. One of them flew in super-close to the stereo mic at the end of the take — the kind of thing that had Nielsen, the engineer, swatting away bees that were actually just in his headphones. There are birds as well, on “Wind” and “Fire” as well as Sturm’s solo bass improv “Creature.” “I still get goosebumps when I hear those birds,” Lewis says. “It takes me right back to that moment.”

Sturm is also heard solo on “Spirit,” soldiering onward despite a fly buzzing loudly in his ear. “Although I could barely keep playing with the physical sensation,” he recalls, “I was really digging the direction it was taking in the playing.” The solo bass improv “Wolfhead” was recorded in a slot canyon, on a day that happened to be the fifth anniversary of Sturm’s father’s passing. “Seeing this land again as an adult brought back so many moments from childhood with him, seeing the West and its expanse for the first time. With the towering walls of the canyon looming, I felt nervous, and the sound in that cavernous space surprised me. It felt like I was a visitor, offered only a brief glimpse into this dimension.”

Lewis and Sturm were in fact visitors, inhabiting these vast spaces for a short, concentrated time and coming away with an audio and video chronicle, Alive in the Wilderness, as timeless and expressive as one could imagine. “The whole adventure was so amazing,” Lewis says. “Imagine going on a beautiful mountain hike and reaching the summit, except when you get to the top you’re recording an album! Our whole team bonded, and we’ll all share memories of this trip for a lifetime.”

Bandcamp Daily  your guide to the world of Bandcamp

Serena Cherry debuts her black metal project, plus a Pick from the Crypt block from Svalbard